In this episode I bring Helen Ann Ireland on the show to talk about how reading and writing are taught in the Waldorf approach. We also get into the topic of testing, why there aren’t tests in the early grades, and how students are assessed academically throughout Waldorf education.

I loved having Helen Ann on the podcast. She is articulate, super educated on the topics we discussed, and has loads of experience in the Waldorf classroom.

In the first part of the episode we cover the topic of reading and how it’s introduced in the Waldorf approach. Helen Ann describes how direct instruction in reading isn’t introduced until  first grade, differing from a traditional public school approach where children are introduced to direct instruction in reading generally as early as possible. I asked Helen Ann, why? Why introduce reading later. She says it has to do with allowing as much of the brain to work on growing while the child is young. By first grade the child is ready to begin reading. I went on to ask Helen Ann, what the outcomes are? How do children perform later when they’re introduced to reading later. She mentions that Waldorf students should be caught up to their public school peers by around third grade. We also discuss student assessments, different then tests, where the students learning is assessed in a way that’s not stressful for them but in fact fun. Helen Ann also goes on to present how from the teacher’s observations and these assessments, additional tutoring is implemented when necessary and usually wouldn’t be needed before the third grade.

Writing is introduced in first grade. Often, forms are brought out of nature and then become letters. Usually by the second grade sentences and phonics start coming into the picture. In  third grade and fourth grade writing takes off more and more. Helen Ann pointed out how in a Waldorf School there are so many wonderful stories being told, even to the little children, so that when children start writing they have a rich depth of language to draw from.

We wrap up by talking about testing. In the early grades there aren’t tests. By the fourth and fifth grades tests are introduced and become more a part of the curriculum as the grades progress. Helen Ann also speaks about her own work creating rubrics for evaluation that would make assessments more uniform and consistent for parents to understand.

“Teaching as a Lively Art”

by Hugh Renwick ~MY FATHER IN-LAW 🙂

Some posts contain links to Amazon. Ashley from Waldorfy is a participant in the Amazon Services LLC Associates Program, an affiliate advertising program designed to provide a means for sites to earn advertising fees by advertising and linking to Amazon. Thank you for your support. 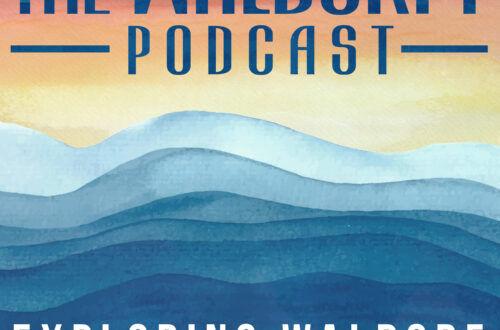